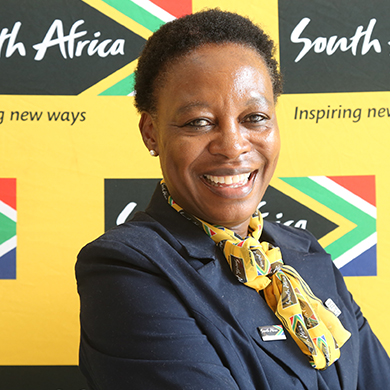 She is the former Chairperson of Wheelchair Tennis South Africa and Netball South Africa.   She is also the former Chairperson of the Boxing South Africa Board (BSA), the first and only women to be appointed into such a position in a historically male dominated sport.  In addition to serving on the Boxing South Africa Board, Ntambi also served in boards both national and international including the Sport Science Institute of South Africa (SSISA), Women Sports International (WSI) and International Netball Federation(INF).  From humble beginnings as a Physical Education teacher, Muditambi has worked professionally as a Sport Marketing Lecturer, Assistant Director in the Department of Sport and Recreation (now Sport and Recreation South Africa), and the General Manager of Marketing and Corporate Communications of the Premier Soccer League (PSL).  Muditambi is a Businesswoman and owner of The Journey Marketing.