Home About Us Who we are Mr Mr Andrew Madella 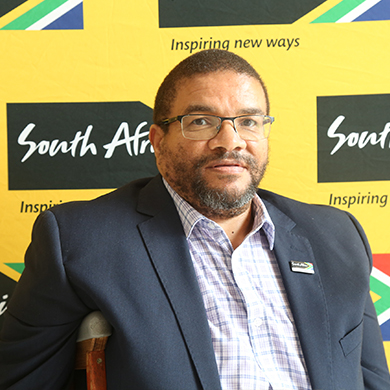 Mr Madella was born in Cradock and grew up in Elsiesriver. He matriculated from Uitsig High in 1982 and studied Social Work at the University of the Western Cape. His activism in community issues and liberation politics started during his school going days and continued up to today.

Mr Madella’s socio-political consciousness and desire to better the lives of his people guided him in his participation in politics at grassroots level such as Youth structures (Cape Youth Congress), Civic structures (Cape Housing Areas Action Committee), the Advice Office Forum and the establishment of Advice Offices in Elsies River and Belhar.

He studied Social Work at the University of the Western Cape and he practiced as a Social Worker for many years at various institutions such as a Drug and Alcohol Rehabilitation Centre, Place of Safety for Children in need of care as well as the Bellville Regional Office of Social Development.

As a Public Servant he joined Nehawu and was elected as a shop steward, Branch Chairperson and later on the Provincial Secretary in the Western.

He was privileged to be part of the Cape Metropolitan Local Government Negotiation Forum in the early local government transition stages representing Cosatu and later on became an ANC Councillor following the first democratic election at local government level.

As a disabled person he has also been involved in the disability rights movement and served first as the Western Cape Chairperson of Disabled People South Africa and later the Secretary-General, a position he still holds for over 10 years.

He led the Disabled People South Africa delegation to NEDLAC where they formed part of the Community Constituency representing the disability sector but stepped down following his election to Parliament on 7th May 2014.

In the period between 2010 to 2014 he was privileged to serve on the following boards namely the Employment Equity Commission, the Cape Peninsula University of Technology and the National Development Agency. He resigned from all these boards following his election to Parliament on 7th May 2019.